It’s been a great run. But the Call of Leadership is ending. Or is it? In this episode, I share some good things that have been happening behind the scenes. And how one simple lunch conversation changed the trajectory of my life and this show. 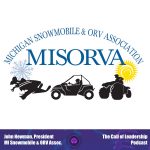 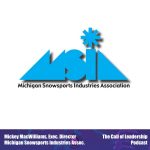 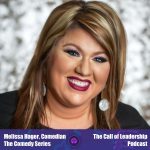 Cliff Duvernois: But like Mitch album, who is also a Michigander once wrote, all endings are also beginnings. We just don’t know it at the time, and that is what is happening here.

Cliff Duvernois: So what makes Michigan a great state? I’m glad you asked.

Cliff Duvernois: My name is Cliff Duvernois and I’m on a quest to answer that exact question. After 20 years, I’ve returned to my native Michigan, and I’m looking to reconnect with my home state. I’m talking to the people who are behind Michigan’s great businesses and top destinations, the same people who work hard every day to make our lives a little bit brighter.

Cliff Duvernois: And you Michigander are coming along for the ride.

Cliff Duvernois: This is the Call of Leadership podcast.

Cliff Duvernois: Hello everyone and welcome back to another episode of the Call of Leadership podcast. I’m your host Cliff DuVernois. Actually, this is gonna be the last episode of the Call of Leadership podcast. What? What is this brew haha, that Cliff speaks of? Well, I’m glad you asked. For those of you who are on the email newsletter, you already know what’s going on.

Cliff Duvernois: You are in the know. And, uh, I’ve enjoyed all the, uh, encouraging notes and, uh, emails that I’ve gotten back from people that have been cheering me on. So for those of you that have done that, thank. Yeah, so let’s talk a little bit about what’s going on. As I shared in the season three opener, this podcast has gotten a lot of attention from a lot of very cool, very influential people.

Cliff Duvernois: More importantly, the mis, the mission is resonating with more and more people, which is awesome. The more I evangelize it, the more people’s eyes light up when I tell ’em about it, and they’re like, what’s the name of that thing again? So, and really that’s the mission of the podcast, to inspire people through stories.

Cliff Duvernois: Now, as many of you. I went through a health scare this last summer. My doctor was acting like I had lung cancer and I had, I don’t know how many tests done. I was poked and prodded and I gave more blood than I ever have in my entire life. But it was during that time I actually received something that I had been lacking before, and that was focus.

Cliff Duvernois: I need to go big. I don’t want to influence a few hundred people. I want to inter influence a few hundred thousand people, if not even millions. Well, to make a long story short, obviously I do not have cancer, which is probably the most beautiful thing that came from that. . But I had lunch where I evangelized my story to Terry Derin and he was a guest on the show.

Cliff Duvernois: He and I had lunch. I shared with him what my vision was, what my dream was for this podcast. You know, basically I want everybody in Michigan to hear these stories. Cause there’s so many people doing so many great things. Well, I felt that that was doable and without hesitation, Terry pulled out his phone and connected me with a good friend of his by the name of Mack who owns radio stations all around Michigan.

Cliff Duvernois: I had lunch with Mack. He really liked the concept and so he and I did some back and forth and he eventually said, you know what? Your show’s ready. We’ll put it on my radio. And I was like, holy smokes. The podcast is going big time. Well, of course I’m gonna be on all the radio stations in Michigan, lower and upper Peninsula because this really is my passion.

Cliff Duvernois: So the mission to get it on all the radio stations is ongoing as well. But for now, the good news is that show is hitting the airwaves. Now you might be asking. Well, self Cliff said the call of leadership is coming to an end. So how’s it gonna be on the radio? I don’t understand. That is a great question and thank you for asking.

Cliff Duvernois: One of the many topics that I discussed with Mack was the name of the show. He told me that I should abandon the name, call of Leadership. And to be honest, I was a little bit reli. When I started this podcast way back in the day, I really did wanna talk about leadership. But you know, when I sat down with these really, truly amazing people, I suddenly became swept up in their story.

Cliff Duvernois: How did they achieve their definition of success? What obstacles did they have to overcome? How did they overcome what drives them to keep pushing and to to stay hungry? So the meeting with Mac gave me permission to do something that I’ve always wanted to do, and that was just simply to change the name.

Cliff Duvernois: Now, if you’ve ever met Mack before or you know Mack, he’s a get it done right now, kind of guy. He doesn’t say, oh, well get back to me. He doesn’t say any of this, any of that. Right there, in that very first meeting, he looked me square in the eye and said, all right, so let’s come up with a new name. And he started asking me questions like, what’s the show?

Cliff Duvernois: What’s the mission? What’s the vision? Well, I’m sitting there and I’m talking to him, and I realized I was losing him, right? There was too many words that were falling out of my mouth, which I know is shocking, but it’s absolutely true. So something inside of me was like, Hey Cliff, bottom line up front.

Cliff Duvernois: Bottom line upfront is a term that I recently learned about that means just sum it up in one sentence, what is the bottom line? And so I did, and he got a big smile on his face and he said, that right there is the name of your show. And at first I admit I was taken aback. But you know what? Over these past few months since he and I had that conversation, I’ve come to really like, And I was designing the, the new website, and I actually put that title on the homepage and it just felt right.

Cliff Duvernois: It felt perfect. If anything, just looking at it, I was like, you know what? That is so fitting. So the call of leadership, that name is retiring, but the show is going to live on. So with Max guidance, of course, I’ve been reformatting my interviews to make a more radio friendly. He has given me great feedback on my interviewing style.

Cliff Duvernois: That alone. Has raised the quality of the show already and I see it because I’ve been interviewing people for the new show and my guests are responding to it really well. And you know, I gotta admit, just having, you know, the radio show as part of my introduction has opened more doors for me and you.

Cliff Duvernois: Than I ever dreamed possible. So yeah, new websites under development, there’s gonna be new artwork, there’s gonna be a new name, but for your part, you won’t have to do a thing because for those of you who are subscribed to the podcast, you’re still gonna get all the new episodes. If you’re getting the email newsletter today, you’re gonna get it tomorrow as well.

Cliff Duvernois: Nothing has changed in that regard. What is changing is the size of the audience, because it’s about to get a. Lot bigger now. As I mentioned before, I’m reaching out to even more radio stations around Michigan. That has been an absolutely fun and interesting experience. I’ll probably share more of that, uh, you know, in the email newsletters that are going out the door.

Cliff Duvernois: And I can tell you that out of the conversations that I’ve had so far, getting past the gatekeeper, talking to the station managers so far too, have. An interest. So think about that for a second. My little podcast could be on potentially five radio stations to start. That to me is always awesome, but the conversation with the station owners always starts the same thing, right?

Cliff Duvernois: It will be coming in January of 2023. I can’t give you a specific date cuz I don’t know a specific date yet. If you’re on the email list, you will definitely be in the know. I’ll be keeping everybody updated there as well and that’s where all the juicy news is currently being shared. I, I was just thinking I should be doing my best to update the Facebook group as well.

Cliff Duvernois: I wish I was better at. And maybe I need to be, who knows, maybe I’ll work on that in 2023. But anyways, this show in its current incarnation has come to an end. But like Mitch album, who is also a Michigander once wrote, all endings are also beginnings. We just don’t know it at the time, and that is what is happening here.

Cliff Duvernois: And I’m excited to be taking this journey with you. If you haven’t done so already, hit that subscribe button or better yet, get on that email list. It’s still open. Call of leadership.com/join. Ordinary people. Extraordinary things coming in January of 2023. Have a Merry Christmas everyone, and a very prosperous New year.