Skip to content
Dog Sledding in Michigan with Liza Dietzen

Subscribe to Our Newsletter to Get Great Episodes Delivered To Your Inbox!

Cliff Duvernois: [00:00:00] Hello everyone. And welcome to the show. I’m your host Cliff DuVernois. And today we have the owner of Team Evergreen Kennel. Michigan’s very own dog sledding company. This is going to be Lisa . Lisa, how are you?

Cliff Duvernois: [00:00:45] I’m doing well. Thank you for asking, why don’t you tell us a little bit about where you’re from and where you grew up.

Liza Dietzen: [00:00:50] I grew up in Wisconsin in the Fox Valley. Near Appleton. It’s a little town called Kokona. And if you’re not familiar with that, it’s about a half hour South of green Bay, Wisconsin. And I lived there pretty much my whole life until going up to Northern Michigan university in Marquette, Michigan in the, in the upper peninsula.

And I lived there for about 10 years before we moved down here to Wallace, which is just South of Escanaba. And we’ve actually been doing rides with tree types resort in Gaillard for the last six years now, which has been pretty amazing. You have a lot of people come and visit us there and get dog sled rides. And.

It’s just a pretty awesome experience for people who would think that they have to go all the way to Alaska or a candidate in dry dog sledding. But we’re kind of right here in your, in your local area.

Cliff Duvernois: [00:01:47] So that’s actually one of the reasons why I reached out to you because I am one of those people who thought I would have to go to Alaska to experience dog sledding. So. I’m very happy to have found you on Facebook and they have you on the podcast today. Just, I want to take a quick step back here. What made you decide to go to Northern Michigan university?

Liza Dietzen: [00:02:08] I have always liked the cold and snow. And so what better place to go then? Somewhere that’s right on. Lady Lake superior because she gives you all the good stuff up there with the snow and the cold weather. And back when I was in, I think, seventh grade, my dad and I took a trip up there to go skiing.

We used to do a lot of downhill skiing before I hurt my knee. And then it kind of was a bummer. But when we went up there, I kind of just fell in love with the area and the. The scenery and being in nature, that’s always been something I have loved. And then the bonus was that the P 200 sled dog race takes place in Marquette, Michigan. And so that was a huge highlight for me because I’ve always wanted to do dog sledding and get into dog sledding. Just never had the opportunity.

And so being presented with that sort of culture was right up my alley.

Cliff Duvernois: [00:03:09] And what is it about dog sledding to that attracted you to it?

Liza Dietzen: [00:03:15] Well, when I was in kindergarten, so I was probably five or six years old. We actually learned about parts of the idea to ride in our library curriculum. So when I was in kindergarten, we learned about the story of Balto. That was kind of the introduction to the idea to ride for us. school and my librarian read that story to us.

And I kind of just was like, yep, that’s me. Dogs winter. I’m always been an animal lover. And I guess I raised my hand and said, I’m going to do the, I did rod someday. And she says, okay, whatever. you’re five or six years old people talk all the time. Do you actually really do it? Who knows? Right. Well, when I did actually start getting into it, I actually messaged her and said, Hey, guess what? Guess what I’m doing? And while she was super excited,

The first thing she pretty much said is, Oh, I bet your mom hates me right now.

Liza Dietzen: [00:04:19] My mom is not a cold weather fan. She does not like the cold. So she always wonders why I couldn’t have picked like beach volleyball in Florida or something.

It’s really important for me. I think too. To get the education out there. So people get interested in, even if they run it recreationally with few dogs, that’s still something. And I think that it would be really sad to see the whole sport die as a whole, because these dogs just really love doing what they’re doing.

So the weight limit on the slide is 200 pounds give or take a little bit, I mean, we’re not going to be out there with a scale weigh in. You guys. But the reason we have the weight limit is not necessarily because the dogs can’t pull more than that is because I have to be able to steer you. And I know this is radio, so you can’t see how big I am, but I’m only about 110 pounds on an, on a coal on a good day. Soaking wet.

And so when you start adding 200 pounds into this slide, you’re starting to max out what I can. Safely steer in the sled. And I, obviously this comes down to safety. We want everybody to have fun and be safe on their ride. So I need to put that weight limit on there so that I know that I can safely guide you during this ride.

And so the weight limit doesn’t come necessarily by how much the dogs can pull because the dogs pull a 650 pound ATV during the summer or during the fall. So, I mean, they’re pulling a lot of weights. They can do it. If we have a bigger team. It’s just that I need to be able to steer you. The second thing is you need to be able to fit in the sled.

We have a Facebook page. Team evergreen kennel. That’s where we do most of our updates. We post a lot of pictures and videos on there. We also have a website which is www.teamevergreenkennel.com. It doesn’t have a ton of information on it because, well, it’s a lot of work to keep it updated. I’m not going to lie.

And so I try and keep it minimal so that I don’t have to worry about updating it every couple of months to make sure it’s up to date. So it kind of gives you the information you need. To get where you need to go. It directs you to either our contact through email or phone or our Facebook page. And it also can link you to tree tops resort.

Which is where we do our rides through. Sometimes we do our rides at our home location, but we don’t always have reliable snow here and it would have to be during the week, which isn’t always. You know, accommodating to people. So in springtime, we’re a little bit more open to people coming here for rides. If we still have snow, but our main rides location is at tree types, resort and Gaillard.

And through our website, you can also link to them and it’ll take you directly to the page where you can book with tree tops for a ride as our dates and times on there. And if you call them they will schedule you for one of those time slots. Like I said there in 10 minutes. So if you have a family of four and you’re all going to need a separate slot you’ll book four slots.

So you, so say you wanted to start at noon and you’d do the 12 o’clock noon. You do the 12, 10, 12, 20, and 1230 slots. If you have four people. And like I said, they don’t always take 10 minutes. So if you have a family of four, you might get done before then. But then we also then use that time where you can kind of meet the dogs and pet them and she moves on them and take pictures. So we’re not gonna just scoot you out when you’re tired. You know, when you’re done, if we have time, you’re allowed to sit there and ask questions and all that kind of stuff.

And then just going actually to tree tops resort there. Their website, you can get to the dog, sledding and rides. There and book directly through tree tops.

Thank you. I spend fun talking to you. 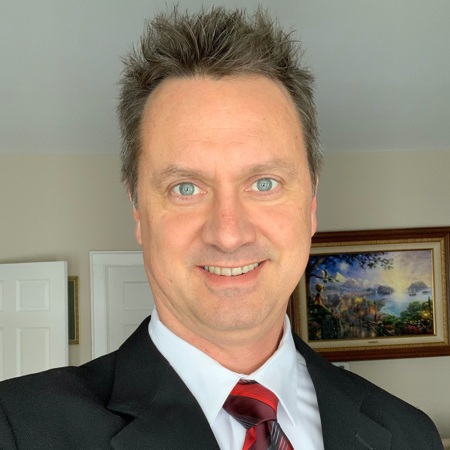 Cliff is the host of “The Call of Leadership” podcast.  He has published over 500 short stories over Facebook, Medium and LinkedIn.  He is a passionate lifelong learner, marketer and philanthropist.  He currently lives in Reese, Michigan with his fiancé Sherry and her two children.

Want to Hear
More Inspirational Stories
From Our Community?
Sign Up for Our Email Newsletter for all kinds of announcements and behind the scenes stuff.