The Detroit Public Library.  One of the beautiful crown jewels in Detroit.  This building is so much more than a collection of books.  It also contains exhibits, collections of some of the most prolific writers in history.  Joanne Mondowney takes us through the history of this gorgeous building.  And how this institution is staying relevant not only in the 21st century but during times of Covid. 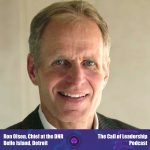 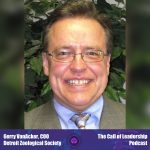 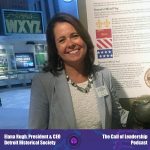 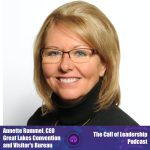 Learning learning, learning to read is good, but loving to read as critical.
Yeah. that belongs on a t-shirt. I love that.
Jo Anne Mondowney, Detroit Public Library: [00:24:23] Yeah. A couple of people I’ve said that before and they said you should. No, the t-shirt.
I just think that is what it is critical. To love it. You gotta love it.
Cliff Duvernois: [00:24:35] Yeah, it is. And, and, and you bring up a good point before when you talked about how the, the role of the library. Is to kind of like to not even really present, viewpoint, but rather have all the material there so people can come in and if they want to. You know, perhaps even read a book on a different perspective.
Then what they have, they can just go in there and get that book and then you, and then, you know, continue to read it. And I think getting exposed to all these different ideas. just would have an extremely positive impact. just, you know, on society in general. Cause we. You know, I know with like the advent of social media, it’s very easy to go down a rabbit hole once you start believing in a certain way. And then that’s all the content that you see versus in a library.
you guys, you know, you, you have it all.
When you’re there.
Jo Anne Mondowney, Detroit Public Library: [00:25:23] do. And unless you can, I mean, you know, unless you expose to other people’s point of view, no matter that you don’t necessarily agree with that. That you learn to be less threatened. other points of views. If you can see it in a safe environment.
Cliff Duvernois: [00:25:39] Yes.
Jo Anne Mondowney, Detroit Public Library: [00:25:41] And libraries that they play that role. They played a major role and. Presenting points of views.
Cliff Duvernois: [00:25:49] Yeah, and that is, that is absolutely great. For, for anybody who, who is listening, if they wanted to come and check out the library or perhaps, you know, take a look at the virtual courses that you’re, that you offer online, what would be the best way for them to do that?
Jo Anne Mondowney, Detroit Public Library: [00:26:06] Well right now, you know, we’re limited in the, what we’re providing in person. That, the best way is to stay up. You know, check out our website. To, which is Detroit public library.org. And to keep up with our programs and services, we are providing. At this time in what we plan to do in the future, once we are, given the green light.
To, open up outdoors in a bigger way.
Cliff Duvernois: [00:26:39] Nice. And for our audience, we will make sure to include all those links in the show notes down below. Joanne. It’s been great. I love talking books. So it’s, it’s been great having you on the podcast today.
Jo Anne Mondowney, Detroit Public Library: [00:26:53] Well, I’ve enjoyed being with you cliff. I really have.